In the name of development, new housing society projects are razing down dozens of land encroachments all over the city where millions of poor have lived for decades and called it their home.
We visited one such area in Malad West where hundreds of families were displaced after their homes had been demolished and now live in small shanties on the footpaths with tarpaulin roof for cover.

Once evicted from the encroached property, the inhabitants of the area were left to fend for themselves and were not compensated or given any sort rehabilitation. The people there make a living by selling utensils in exchange for old clothes. They live in an inhospitable environment and often go to bed on an empty stomach. 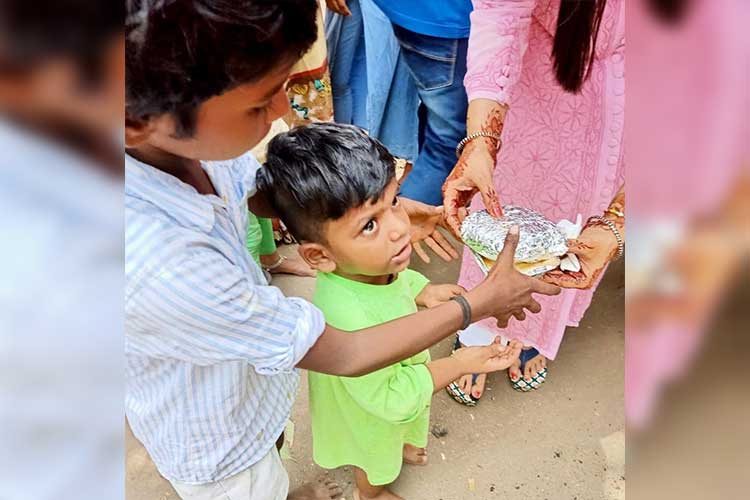 When we visited the area and distributed the food packets to the people, they were really surprised and happily gathered together with smiles and hope. No sooner did we finish the distribution the women folks began inquiring whether we would be visiting again. Some sick elders were showering their blessings and we left the place overwhelmed with emotions.